The choice of the Crown Prince of the United Arab Emirates (UAE) to be the chief guest at India’s 2017 Republic Day celebrations is an indication of the enhanced attention that the Indian government is according the Gulf countries. Many trade interests ally India to the UAE, but a deeper engagement is called for even as instability grows in the region

The Russians have concluded that the Afghan Taliban offer a better shield against the Islamic State than the old Northern Alliance. A negotiated settlement in Afghanistan could be achieved if Washington and New Delhi join Moscow, Beijing, Islamabad and Tehran in a joint effort.

Aleppo is back under the control of the Syrian government, the Russian ambassador to Ankara is assassinated for his country’s role in Syria, and U.S. President-elect Donald Trump wants to cooperate with Russia to fight ISIS in Syria. These momentous events in modern history compel an assessment of the geopolitics surrounding Syria.

The French city, bordering the English Channel, is a symbol of the tension between Paris and London and the crisis in Europe as a whole. The dismantling of one refugee outfit here just made an already thorny issue pricklier.

France's state policy of 'laïcité' (secularism) and its military interventions in Islamic countries has made it the prime target of IS in the West. The hardline French response to step up bombing campaigns against jihadis in Syria, Iraq, and Mali will likely continue, but conversely feeds IS strategy, which is to foment anti-Muslim sentiment among the non-Muslim French population. 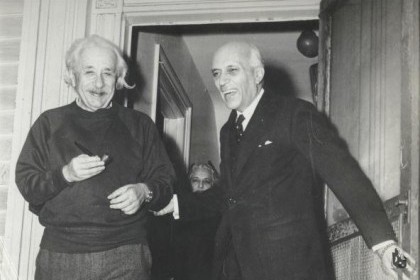 Since the end of the cold war, India has deepened its engagement with Israel while continuing to support the Palestinian cause. India’s position does not emerge out of a vacuum. The country has had many geopolitical and moral considerations to take into account before determining its stance.

At the recent counter-terrorism conference in Jaipur, a star-studded galaxy of policy makers, security analysts and law enforcement officials debated on tackling the Daesh threat. Some of the most positive steps to counter the terror propaganda came from South East Asia and India’s neighbourhood

Recently-released blockbuster Airlift, on the biggest evacuation by air in history conducted by the Government of India during Iraq's invasion and occupation of Kuwait in 1990, falls disappointingly short of presenting the true picture of the government’s laudable and timely intervention.

By executing an influential Shia cleric among 47 other prisoners, Saudi Arabia has increased the possibility of prolonging conflict in West Asia. The country’s actions have stirred up its differences with Iran, thereby diminishing the possibility of finding political solutions to the civil wars in Syria and Yemen.

On 14 December, Saudi Arabia announced the formation of an anti-terrorism coalition of 34 Islamic countries. But with key potential partners such as Algeria, Lebanon, and Pakistan refusing to join, the hastily-assembled group has put Saudi credibility in the spotlight instead of deflecting western criticism of the kingdom’s inaction against Sunni jihadism