A veteran journalist specialising in Middle-Eastern affairs, Olivier started his career as a Bahrain-based freelance correspondent in the Gulf. He thereafter joined Radio France International (RFI) to cover the Middle East. He is now editor-in-chief at RFI. A graduate from Sciences Po Paris, he has written several books and many articles about the Arab Gulf countries. Olivier also teaches at IRIS, a French think tank specialising on strategic issues. He is currently writing a book on India’s foreign policy. Awards: Chevalier des Arts et des Lettres
Education

Courtesy: Haaretz
Dynasty has its own reasons and the 40 decrees that King Salman issued last month were designed to hand more power to the Salman branch of the House of Saud. Is a promotion in the offing for his son, the deputy crown prince, Mohammed bin Salman? What does this bode for the country’s foreign policy? President Trump’s first foreign visit will be to Saudi Arabia later this month 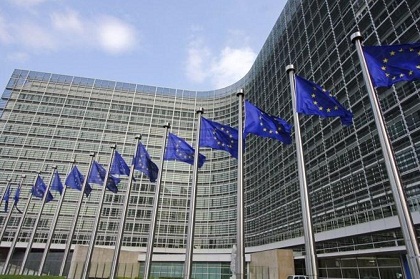 Courtesy: Computer World UK
Britain will begin its formal exit process from the European Union on March 29. Signs that the European Union will survive are clear: public opinion is turning finally in its favour. The European economy has resumed creating jobs, and the unemployment rate, although still high, is steadily declining. Yet, what remains of the project is likely to have a different animus

Courtesy: RTL
The French presidential election, which is less than two months away, defies attempts at predicting who the finalists of the two-round tourney will be, what with allegations of corruption being hurled at the contestants and new revelations unfolding on a daily basis.

Courtesy: Flickr
Prince Salman’s accession to the throne after the death of Saudi King Abdullah on 23 January 2015 has been a game changer, both domestically and in West Asian politics. Within days, he sidelined rivals within the House of Saud, and took on Iran with a confrontational policy. But two years later, the results of his new strategy disappoint

Courtesy: The Guardian
Francois Fillon, a lacklustre conservative, last week emerged as a victorious presidential candidate in Les Republicains’ first round of a primary, a first in the party’s history. Here’s why this outcome is a momentous one.

Courtesy: Getty
The French city, bordering the English Channel, is a symbol of the tension between Paris and London and the crisis in Europe as a whole. The dismantling of one refugee outfit here just made an already thorny issue pricklier.

Courtesy: The Independent/AP
France's state policy of 'laïcité' (secularism) and its military interventions in Islamic countries has made it the prime target of IS in the West. The hardline French response to step up bombing campaigns against jihadis in Syria, Iraq, and Mali will likely continue, but conversely feeds IS strategy, which is to foment anti-Muslim sentiment among the non-Muslim French population.