Saeeduddin Faridi is former Researcher at Gateway House working on Geoeconomics and Connectivity. He received his MSc in International Politics from the School of Oriental and African Studies (SOAS) and BA (Hons) Economics from Delhi University. His research interests lie in China, political economy and the Belt and Road Initiative.

Courtesy: Shutterstock
The global energy market has been disrupted since the Ukraine-Russia conflict. Energy security is now a core concern for most countries and offers the chance to fix the structural problems in the energy generation sector. The interaction between energy security and environmental policies must be reassessed so policies can be consistent for the long term. Gateway House’s Saeeduddin Faridi speaks to Robin Mills, energy expert and CEO of Qamar Energy, about the state of energy markets. 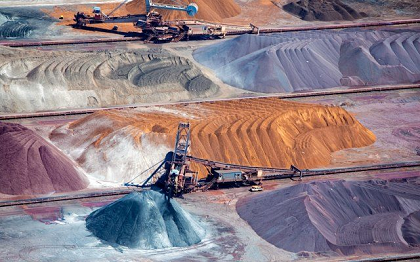 Courtesy: Small Caps
The supply of critical minerals, crucial for new and emerging technologies such as electric vehicles, electronics and renewable energy production, faces a significant disruption due to Covid and the Ukraine crisis. As the prices of these valuable resources surge, India can secure its supplies through the sagacious use of financial investments, efficient policies, and propriety technology. A collaboration with Japan can offer multifaceted benefits. 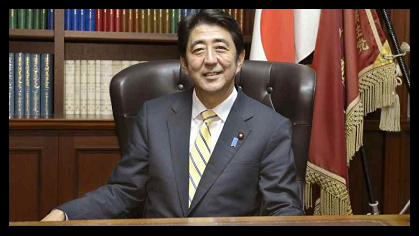 Courtesy: telegraphindia.com
Former Japanese Prime Minister Shinzo Abe’s legacy is marked by statesmanship and foresight, enabling him to reform the security and economic architecture of Asia, Japan and India. His historic 2007 speech in the Indian Parliament gave shape to the idea of the Indo-Pacific, and the Quad. Abe had faith in India, recognising the opportunities India and Japan offered each other.

Courtesy: TIME
Last month, the Government of India released its Green Hydrogen Policy with the goal of boosting energy self-reliance and inspiring clean energy transitions. The time is right for the Indo-Pacific economies to finance green hydrogen projects and integrate them into supply chains.

Courtesy: Gateway House
On February 17, India launched the Green Hydrogen Policy which facilitates the production of hydrogen and ammonia to replace fossil fuels. Produced from water by electrolysis, green hydrogen offers a way to store renewable energy in bulk. This paper analyses the viability of green hydrogen in India as a vehicle fuel and industrial gas, and makes recommendations for the usage of this clean energy source by companies, entrepreneurs, and policy-makers.

Courtesy: UNODC
The Taliban's resurgence since 2001 has been largely funded by the creation of an opium economy and extortion. Now, with the withdrawal of U.S. troops, legitimate aid from Afghanistan and the freezing of Afghan funds abroad, the Taliban will revive its informal sources of finance to stay afloat. A look at the financing that brought the Taliban back to Kabul.