Gateway House is the only institution in India that has hosted official and independent meetings under the annual G20 process since 2015. In October 2022, Gateway House initiated an independent G20 Task Force on Energy Transitions and Climate Finance, the first task force of India's G20 Presidency of 2023. In this compendium of reports, Gateway House assesses and includes its engagement with this influential multilateral through task forces, research and meetings of the last nine G20 Presidencies.

The author participated in the B20 Summit in Bali and saw in it a reflection of Indonesia’s culture and hospitality, but also its attraction for investors despite geopolitical stresses. Indian business can take a cue from Indonesia, and use India’s B20 engagement to push for ease of doing business and improved quality of life indicators – an additional condition for India’s G20 Presidency’s success.

Cambodia’s chairmanship of ASEAN exposed the grouping’s inherent incongruities and cleavages, despite its best intentions. To be taken seriously by its partners, ASEAN needs to first take itself seriously and adhere to the core of its charter.

Nearly two years after the military coup in Myanmar, tensions remain, with no domestic or international solution in sight. Despite these setbacks, the Myanmarese people's commitment to democracy has not faltered. As they did a decade ago, the Myanmar elite and leadership of both camps must once again use resilience and pragmatism to craft a way out of the current crisis.

Indonesia has managed its G20 Presidency year by understanding the importance of not going it alone. This trading nation has used its deep regional and multilateral cooperative processes which provided trusted back-up and support at every step, and was book-ended by strong linkages and investment partnerships with Japan and Australia. In this, it has laid the groundwork for India’s 2023 presidency.

Since 1947, India has had a proud record of development cooperation. It began even though it was newly independent and itself developing, but created a camaraderie with movements in other emerging countries. Now after 75 years, its time to move toward an FDI-led model, which will particularly help reduce the rising indebtedness in the developing world. 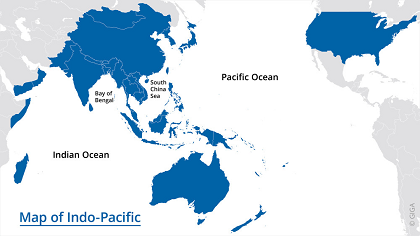 The Indo-Pacific region envisages the Indian and Pacific Oceans as a continuum and stands on two central pillars – maritime security and economic development. The public discussions, however, are focused on maritime security, strategy and geopolitics, while economic development has received less attention. This imbalance can be corrected by creating an awareness on how to harness the potential of the region's Blue Economy and its vast resources and opportunities.

In his new book, former Foreign Secretary Shyam Saran demystifies China's imagined belief of itself as the Middle Kingdom. Contemporary China's propensity to cut and paste history has resulted in China's resentment of India based on a limited understanding of Indian history and of China's past recognition of India as an advanced civilisation which impacted Chinese culture. Today the West recognises India's potential to match China, with depth and skills, over the long term.

The G7 has reached out to emerging economies which have, of late, been facing challenges on the economic front, brought on by the lingering pandemic and the mismanagement of the Ukraine crisis. They are also seeking, from the global south, a broader acceptance of their world view. Will it be forthcoming?