As Pakistan prepares for general elections, its Army is working to bring terrorist and radical religious groups into the political mainstream. Its leisurely response to recent anti-blasphemy protests by the Tehreek Labaik Ya Rasool group and release of terrorist mastermind Hafiz Saeed are a part of this strategy

Maldives, India’s smallest neighbour, is rapidly coming under China’s ambit of influence: two of nine cooperation agreements that the two countries signed recently are a cause of much concern. The India-Maldives bilateral needs some careful nurturing 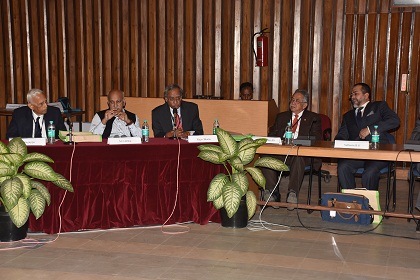 Bombay city has always had a soft corner for everything Chinese. It was a taste created by the early Parsi merchants, who profited significantly from the cotton and opium trade with China in the second half of the 19th century. There is no confirmed date on when the Chinese first came to Bombay, bringing with them some unmatched skills, besides their cuisine. But today, it’s a reinvigorated economic engagement: Chinese goods flood Mumbai’s markets. Chinese companies and a bank are setting up base, while Indian conglomerates, in turn, are acquiring a growing presence in China