In the aftermath of Brexit, the recently concluded NATO Summit highlighted the emerging asymmetry between NATO and the EU on their respective policy positions towards Russia. Has the expansion of NATO and the EU to absorb Eastern Europe, and the consequent large migration flows, been responsible for the visible cracks within the Europe?

The result of the Brexit referendum is nothing less than a body blow to Bretton Woods organisations, International Monetary Fund-North Atlantic Treaty Organisation (NATO)-World Bank, that originated at the end of the Second World War. The possibility of an Asian century becomes more feasible, if India can be nimble enough to make the most of the opportunity which has presented itself in Europe. 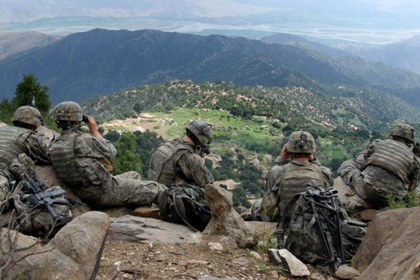 A resurgent Taliban has turned a hopeful declaration by the Obama administration into a premature one. The levels of U.S. troops stationed in Afghanistan, currently at 9,800, are expected to increase as a result. But with more than half a trillion dollars spent trying to stabilize the problem, perhaps it’s time to rethink the Af-Pak region.

With the crisis in Ukraine worsening, Europe seems to have realised that the solution is not military, though the U.S may push to send in arms. Although no country wants a war with Russia, the conflict over Ukraine between the West and Russia could escalate. What are the future scenarios for the region and with what global implications?

A rare opportunity to visit the North Atlantic Treaty Organization headquarters in Brussels provides a good opportunity to assess the organisation’s functioning. Interactions with its officials brought out the challenges the alliance faces, and its constant efforts to remain relevant in Europe’s security landscape

Obama’s strategy to target the IS in Syria within the framework of a U.S.-led international coalition has met with a tepid response. There are reports that the U.S may offer India a non-NATO ally status during Modi’s upcoming visit in a bid to seek greater support – a gesture that India will do well to disregard.

Neelam Deo, Director, Gateway House, talks about the significance of the position taken by NATO member countries at the recent summit in Wales. She says the increasingly acrimonious standoff between the West and Russia over Ukraine, and the stance on the Islamic State has implications for India.

Contrary to some current commentary, NATO has remained relevant after the post-Cold War period, largely due to the perceptions it still engenders. While its symbolic power still endures, a rapidly changing international order could make it obsolete in the near future, as new narratives take its place.