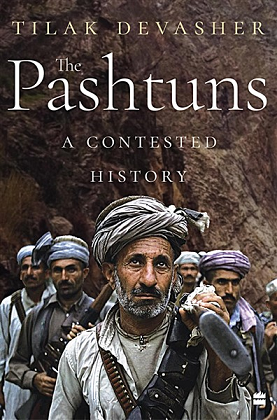 Tilak Devasher's book The Pashtuns: A Contested History delves into the Pashtun tribe, highlighting its geopolitical significance and far-reaching consequences in the South Asian region. Reviewer Tim Willasey-Wilsey says the book brilliantly explains how the Pashtuns were strong-armed into joining Pakistan and why the prospect of Pashtun unity poses a threat to security in Pakistan and the entire region. 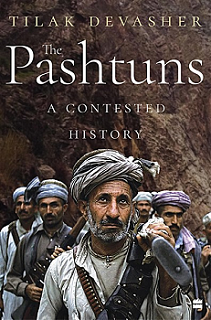 Tilak Devasher’s book on the Pashtuns brings out the dynamics of the Pashtun, their code, their relationship with Islam and with Pakistan. It contextualizes the current geo-political challenges in South Asia, making it required reading for those who want to understand not only the Pashtuns but regional strategic and security dynamics.

The SCO foreign ministers met in Tashkent in July to plan for the all-important SCO summit in September. New additions and old issues remain, but the SCO is now growing into a significant grouping, with importance to India

After 9/11, the threats to America are right where they were 20 years ago: still in Afghanistan, and now backed by the strength of a state. What happened to America, that “shining city on a hill” that beckoned brightness to its shores and won allies? Some self-delusion, a belief that it was still the global monarch after World War II and the inability to distinguish between friends and foes.

India hosted the 13th BRICS summit on September 9, celebrating 15 years of the multilateral. The leaders committed to fighting terrorism and reforming multilateral organisations, among other diverse aspects. However, the grouping clearly needs better implementation strategies if the agreements reached, are to be truly successful.

The withdrawal of U.S. and NATO troops from Afghanistan is not the first time that a hasty and messy departure of foreign forced has taken place. History is replete with examples of imperial powers suddenly leaving countries that they secured for years, without ensuring a peaceful transition of power. The sub-continent has now seen it twice, the last time was in 1947, when the British preponed their withdrawal from India, hastily partitioning the country and leaving a region at war with itself. Ambassador Neelam Deo, co-founder, Gateway House, explains why and how this happens.

President Trump enjoyed every moment of the hype that attended his February 2020 visit to India, says Ambassador Neelam Deo, Director and Co-founder of Gateway House, in this podcast, even as the focus was on concrete outcomes, such as defence purchases and oil procurement deals. She discusses the geopolitical implications of a closer India-U.S. strategic relationship and the weaknesses of the U.S.-Taliban peace deal

The people of Afghanistan, torn by war, ethnic strife and geoeconomic contestation for their country’s rich natural resources, have paid by forsaking the assurances of daily life. But President Ashraf Ghani has shown them that normalcy can return and it is possible to hold regular elections. The author, a guest of the President and First Lady, travelled through the country in October 2018 to record her impressions of a resilient people who have reason to hope for a different future

The Russians have concluded that the Afghan Taliban offer a better shield against the Islamic State than the old Northern Alliance. A negotiated settlement in Afghanistan could be achieved if Washington and New Delhi join Moscow, Beijing, Islamabad and Tehran in a joint effort.