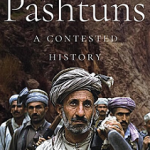 Tilak Devasher, one of the leading experts on Pakistan, is a prolific writer and has authored three books on Pakistan filling a critical void. His focus is non-traditional security threats, the roots of the Baloch alienation and challenges, and revealing unknown anecdotes and incidents about Pakistan’s well-known political and military leaders.

In his fourth book, The Pashtuns: A Contested History, Devasher, with his exhaustive research and brilliant analysis, provides readers with unrivalled knowledge on a relatively unexplored subject, the Pashtuns. The author dissects the historical, cultural and ideological details of the Pashtuns on both sides of the contested Durand Line and provides a comprehensive portrayal of the Pashtun character. The book cover reflects the pride, determination, and agony of the Pashtuns who have suffered decades of wars. The structure of the book is well conceived, covering a large canvas for a deep understanding of the subject.

The book’s rich narrative includes the origin of the Pashtuns,  the initial contours of the Pashtun empire which stretched from the Indus River to the Hindu Kush range, the first empire set up by Ahmad Shah Durrani in 1747,  the subsequent breakup of the Pashtun land and its inclusion into Maharaja Ranjit Singh’s Sikh empire, the British takeover, and finally the newly created state where “Pakistan inherited the British portion of Pashtunistan in 1947.” Devasher explains Pashtunwali as “the defining tribal code that distinguishes Pashtuns from other ethnic groups”, the relationship of Pashtunwali with Islam and the influence of Sufism and Barelvi practices on Pashtuns. He discusses the contested Durand Line of 1893 and the subsequent demand for Pashtunistan, and brings the reader to the current day, drawing from the historical and cultural linkages between Pashtuns in Afghanistan and Pakistan, to Islamabad’s insecurities with Pashtun nationalism, Pakistan’s dubious role in dividing the Pashtuns and the rise and resurgence of the Taliban.

The recognition of the Durand Line remains a sore point between Afghanistan and Pakistan and after the U.S. withdrawal from Afghanistan in August 2021, tensions have intensified between the Taliban and Pakistan. None of the Afghan regimes have accepted the legitimacy of the Durand Line and Devasher explains the legal complexity of the dispute indicating that the border tensions between the two neighbours are unlikely to settle.

Ghaffar Khan’s (also called Frontier Gandhi) quest for the rights and autonomy of the Pashtuns and the objective of provincial autonomy of the Pashtun nationalists in Pakistan, has been elaborated on. Devasher explicitly explains Pakistan’s insecurity and apprehensions and its strategy to have a pro-Pakistan regime in Kabul specifically to “curtail Afghanistan’s support for Pashtunistan as also to lessen the resonance of the issue internally.”

The Soviet invasion of Afghanistan not only altered geo-political dynamics but also led to the globalization of the conflict and the idea of global jihad. It “introduced structural changes to Pashtun society and politics on both sides of the Durand line.”

The emergence, evolution and resurgence of the Taliban in Afghanistan are comprehensively tackled, by connecting multiple dots including the strategic objectives of Pakistan, the U.S.  and the Pashtunwali code. According to the author, “The dominant element in the insurgency [Taliban] was Pashtun…leaders chose to portray themselves as representative of the Pashtuns, fighting to take back their country from the occupying force”.  The section on the blowback of Pakistan’s strategy of controlling Afghanistan through proxies, explains the irreversible rise in extremism and terrorism within Pakistan today.

Pakistan’s repression of the Pashtun is well explained. Ye jo dehshatgardi hai, is ke peechay wardi hai! (Behind this terrorism is the [military] uniform!) and Da Sanga Azadi Da? (What kind of freedom is this?) are the slogans raised by supporters of the Pashtun Tahafuz Movement (PTM) which began in 2014 and still continues. It reflects Pashtun alienation and dissent against the atrocities of the Pakistan military targeting the Pashtuns in the Federally Administered Tribal Areas (FATA) and the Khyber Pakhtunkhwa (KPK). The PTM has gathered support from Pashtuns from the ‘settled areas’ of Pakistan raising serious concerns in the Pakistan army about the possibility of a resurgence of Pashtun nationalism on its tribal borders. The book discusses the Pakistan military’s use of brute force and tyrannical tactics, like forced disappearances and extra-judicial killings to suppress PTM.

Running domestically and in parallel is the reactivated terror group, the Tehrik-i-Taliban Pakistan (TTP), mainly made up of Pashtun recruits, which has been emboldened by the Taliban takeover in Afghanistan and has intensified attacks targeting Pakistani security forces. The author’s assessment of the TTP suggests that the group has “combined a harsh interpretation of Islamic doctrine (distinct from the local, conservative practice of Sunni Islam), unprecedented violence…and intimidation to drive out the already weak government institution” to implement Sharia across Pakistan.  The ties between the TTP and the Taliban are strong and unlikely to fade, complicating the security challenges for Pakistan.

The Pashtuns are consequently disunited today, and their positioning, assertion, and choice of means to assert themselves differs from group to group. Pakistan has successfully managed its strategy in Kabul to serve its strategic objectives and continues to play a double game with the U.S. Post 2001, when Pakistan became the frontline state for the U.S.’ War on Terror, it pretended to act against the Taliban under U.S. pressure but continued active support for the group as an insurance for itself.

For the Pashtuns to win, they must be united in order to build their war devastated country and establish peace. The onus of self-interest, peace and stability, lies with the Pashtuns themselves.