Courtesy: Ruhi Nooreyezdan
India has the largest number of Baha’is in the world today, followers of the world’s newest religion, which was founded in 19th-century Persia. Persecuted in their own country, they came to Bombay, which was already home to many Iranians, to purvey the message of their faith

Courtesy: LBB
Bombay’s trade with the Persian Empire grew rapidly in the 19th century because of regular steamship services between the city and prominent Iranian ports such as Bushire. The wealthy and public-spirited Persian merchants, who settled in Bombay, endowed their community with a religious and social infrastructure, in use even today

Courtesy: Shutterstock
The Irani cafés of Mumbai are a unique part of the city’s history. Founded about 120 years ago by Zoroastrian and Shia immigrants from Iran, they catered principally to workers in mills and factories. The few that remain are a reminder of a well- assimilated cultural, particularly culinary, link between India and Iran

Courtesy: Free Press Journal
Japanese Emperor Naruhito’s coronation on May 1, marking the dawn of the Reiwa Era, is a milestone also for the Indian merchant diaspora, which began arriving during the reign of the Meiji Emperor in the 1870s. The strength of the India-Japan bilateral relationship lies in the 150-year-old narratives of these family-run firms and the success of many Indo-Japanese  collaborations

Courtesy: Gateway House
At the turn of the 20th century, British India was home to about 3,000 Japanese expatriates, and Bombay and its presidency had well-established trade ties with Imperial Japan – until the Second World War brought it all to an end. The city never regained its substantial Japanese resident population, but the few monuments that remain point to rich political and religious linkages

Courtesy: Dr. Jehangir Sorabjee
Prior to the Second World War, Bombay had established merchant networks with several Japanese port cities and they drove an enormous global trade in cotton and textiles between the Indian subcontinent and Imperial Japan. Business has become a renewed priority for both countries today, offering fresh opportunities for collaboration

Courtesy: Noshir Gobhai
The newly restored Keneseth Eliyahoo Synagogue will be inaugurated by Maharashtra governor Vidyasagar Rao on February 7. This 135-year-old Jewish house of worship was central to the history of Mumbai’s Jewish community and the city’s once robust multicultural character 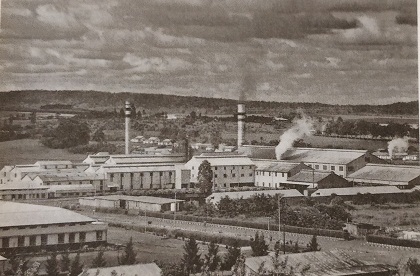 Courtesy: Tide of Fortune: A family tale, by Manubhai Madhvani
Indian Prime Minister Narendra Modi’s visit to Rwanda and Uganda, en route to the BRICS Conference in South Africa (July 25-27), is significant as it is a rebolstering of ties with these East African landlocked nations through their Indian diasporas, ties that will be cemented further by cooperation in defence, finance, education and other sectors. The Bombay Presidency once played a key role in the development of this region 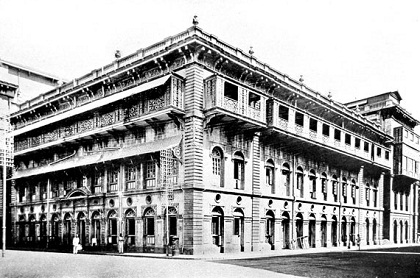 Courtesy: State Bank of India
The history of modern Indian banking in the 19th century is full of examples of lopsided loan portfolios, favouring a few individuals and businesses, which is not very different from today’s world of financial fraud and manipulation of the system for personal gain. The past still holds many lessons