Frank Schell is a business management consultant presently engaged on a global energy project.  He was an independent senior consultant for Charles River Associates, a global consulting firm based in Boston, MA (2009-2011) in the risk management and strategy practices. His earlier career was in corporate banking, including over twenty years with the First National Bank of Chicago and its successors (1981-2002).  He had a number of international and domestic positions and was a member of senior management.  He has substantial experience in business management, emerging markets finance, risk management, public policy, and international affairs. Postings in international banking included Kenya, London, and Brazil where he was country head for First Chicago. Mr. Schell was assistant treasurer of Ford Aerospace and Communications Corporation, a wholly-owned defense/aerospace subsidiary of Ford Motor Company (1978-1981). He started his banking and finance career with Continental Bank in 1972. Industry board affiliations included the National Foreign Trade Council and the Bankers’ Association for Foreign Trade.  Mr. Schell was a Lecturer on South Asian affairs at the Harris School of Public Policy, University of Chicago 2010-2018 and a guest lecturer 2009, where he served on the Dean’s International Council.  Mr. Schell was based in northern India with the U.S. Peace Corps (1969-1972). He holds an MBA from the University of Chicago and a BA from Stanford University. His numerous essays on global affairs and South Asia have appeared in the Far Eastern Economic Review, Chicago Tribune, National Strategy Forum Review, American Spectator, and at Gateway House of Mumbai, India. He speaks German, Hindi-Urdu, Portuguese, and French. Disclaimer: External experts are not affiliated with Gateway House and have been presented here for reference only.
Expertise

Courtesy: BBC
The upcoming Summit for Democracy hosted by U.S. President Biden, has high expectations from him. With trust in the U.S. having suffered badly, it remains to be seen how much confidence the democracies at the summit will have in American efforts at restoration of world leadership. 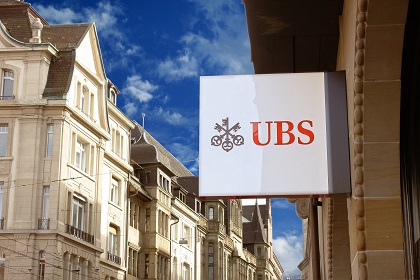 Courtesy: Shutterstock
Swiss bankers, long perceived as smart and the epitome of security, have lately projected themselves as venturesome players in a global theatre of high risk. It didn’t pay off, their involvement with Greensill Capital and Archegos Capital, resulted in major financial losses and a loss of cachet.

Courtesy: Macmillan/Dexter Roberts
China’s dramatic political and economic rise over the past three decades has been well recorded. Less known is the effort of China's rural labourers and migrants, which has largely enriched the coastal elites, instead of creating the egalitarian, capitalist, society China espouses. Dexter Roberts’ book takes us deep into the story of China’s rise, and exposes this reality. Roberts chronicles the lives of the many rural folk he has met during two decades of work and travels in China. It gives the book a personal and compassionate note, with the authenticity of a hands-on China expert.

Courtesy: Shutterstock
Globalisation has resulted in the interdependence of nations through the largely unimpeded transmission of investment capital and information, and integrated business operations. The leading beneficiaries have been the global 1%, and China. While it is too late and not possible to roll back an interconnected world order, globalization as we know it will recede, as will China’s standing in the world.

Courtesy: MEA/Flickr
U.S. President Donald Trump’s first presidential visit to India later this month bodes well for bilateral relations. It is a continuing foreign policy success story for the two countries extending through four U.S. administrations and three Indian ones. A curtain raiser on what to expect.

Courtesy: Bloomsbury
This book’s premise is that Donald Trump’s attempt to withdraw from various agreements, supposedly harmful to America’s interests, is an opportunity for regional players to come into their own. The author’s presentation of facts dazzles, but his recommendations are unspecific

Courtesy: Shutterstock
The reelected BJP government faces the dual challenges of agriculture stress and weak employment. The author believes that India's world standing in food and agriculture gives it a platform to address the issue of genetically modified seeds, and that performance risk insurance should be used to support financing for Small and Medium Enterprises