Ambassador Rajiv Bhatia, Distinguished Fellow, Foreign Policy Studies Programme, Gateway House delivered the opening remarks at the 2020 Asia Economic and Entrepreneurship Summit, in the lead-up to the session, - The Future of Asia Pacific Economic Cooperation in a Sustainable VUCA World – What to Expect? What Next? The Summit was jointly organised by the KSI Strategic Institute for Asia Pacific (KSI), The Pacific Basin Economic Council (PBEC) and China Daily Asia Pacific (CD), Kuala Lumpur, 8 September 2020.

The depth and complexity of India’s digital citizenry and ecosystem puts it in a unique position to impact global rules on digital governance. An opportunity to assert its influence is coming up with India’s presidency of the G20 in 2022. Work on this agenda must begin now.

Under Prime Minister Shinzo Abe, India and Japan shared a live and confident partnership. The engagement with India is one of his legacies, with Japan a steadfast partner and the strategic dimension being qualitatively different. Dealing with a new Japanese leader will be a challenge for India, and that new equation will determine the pace at which Japan's partnership with India will deepen.

U.S. presidential candidate Joe Biden has an ancestral connect with India, as does his vice-presidential nominee Kamala Harris, both tracing it back to Chennai, then Madras. During the 19th century, brothers Christopher and William Biden worked for the East India company, taking the rather arduous ship route between London and India. While William died at an early age, Christopher went on to Captain several ships during his service and eventually settled down to a prosperous life in Madras.

As the world enters the Second Space Age, an Indo-Emirati space partnership can be a lodestar for others. However, it is only the people-to-people connect and the diversity of the innovation linkages between the Emirati and Indian diaspora, that can truly make it a success for science and citizens, and help achieve their aspirations for the 21st century.

On 18th August, Pakistan announced wide-ranging restrictions on prominent anti-India terrorist leaders. These steps are clearly aimed to prevent Pakistan from slipping into the black list of the Financial Action Task Force, where Pakistan is already grey-listed. Their implementation remains key as in the past, Islamabad's global anti-terrorism commitments have been abandoned once global scrutiny of its support to terrorist infrastructure, decreases or is distracted. 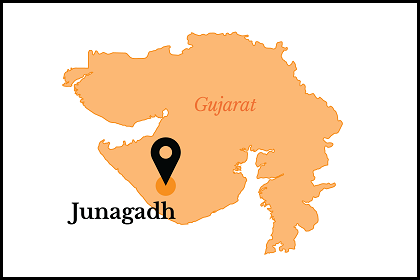 Pakistan’s recent claims on Junagadh is a response to its frustration that the big powers and Islamic world have failed to respond to India’s unilateral action in revoking Article 370 and incorporating Ladakh and Kashmir under New Delhi’s federal control. But the continuing claim is only damaging to Pakistan’s cause.

Hong Kong’s sweeping new National Security Law could be a window of opportunity for India. Companies with established data centres in Hong Kong are worried for the privacy of their customers as the law’s stringency has sparked changes in online activity.

The Covid-19 pandemic has accelerated geopolitical changes. Countries around the world are becoming increasingly concerned about the nature of China’s global advances. China, at the urging of President Xi Jinping, is pursuing technological goals and investment programs to build a China-centric global model, not to mention its militarization of the South China Sea and its clampdown on Hong Kong.

COVID-19 has accelerated internet usage and is making digital infrastructure even more indispensable globally. India is actively laying this critical infrastructure on the ground, but is yet to work on the strategic ‘last-mile’ connectivity space-based ICT and 5G plus services. U.S. and China have fast-tracked this, and India should immediately implement the recent space reforms to be regarded as a significant player.