Last month, the Government of India released its Green Hydrogen Policy with the goal of boosting energy self-reliance and inspiring clean energy transitions. The time is right for the Indo-Pacific economies to finance green hydrogen projects and integrate them into supply chains.

During the 2020 U.S. Presidential elections, candidate Kamala Harris leveraged her Indian heritage. Her appointment as Vice President reflects the growing capacities of the Indian American community. This book highlights some success stories of Indians in America, and is full of details about the contemporary state of the Indian diaspora.

The 2022-23 Indian budget has made a provision to encourage private sector participation and military collaborations in drone technology and manufacture. This will boost indigenous production, limit imports, and develop India's drone capabilities and counter-measures. 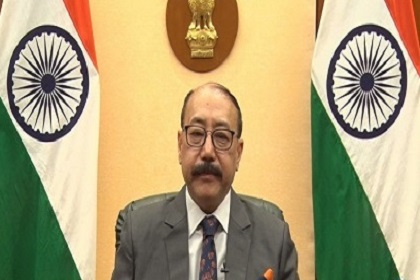 On 16 March 2022, Foreign Secretary, Harsh Vardhan Shringla, delivered the keynote address at the first roundtable of the India-France Track 1.5 Dialogue, co-hosted by Gateway House and Ifri. He traced the achievements of the bilateral, particularly in the areas of digital cooperation and energy transitions. He highlighted the "infinite possibilities" for the India-France partnership given their unique positions in the Indo-Pacific.

India and France have been actively working together to solve various sustainability issues from renewable energy generation to the blue economy and biodiversity conservation. There is so much more to do bilaterally with climate finance and urban sustainability, and multilaterally with the G20. All the ingredients are in place for a robust climate partnership. 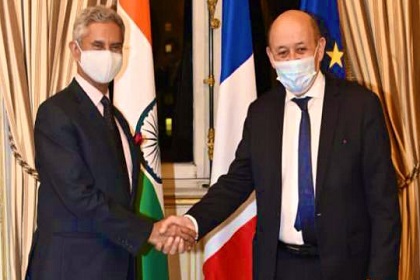 India and France have common interests bilaterally and multilaterally, and these are increasingly forging together. India must now step up its commitments to trade, technology and defence, all areas where France has an expertise and can make a greater contribution as India’s old allies like Russia become vulnerable.

Three hundred years ago, the Anglo-French rivalry in Europe spilled over to India, and threatened the dissolution of the powerful Bombay Presidency. Three centuries later, India and France are in a different place, with economic ties blossoming and the bilateral upgrading in 1998 into a strategic relationship. The speed with which this has scaled up reflects the deep familiarity between the two nations rooted in colonial history.

Concerns of global supply chains being overdependent on China has shifted the focus to India. This became clear in 2021 when Australia, Japan and India together launched the Resilient Supply Chain Initiative. India must now leverage its unique position in the Indo-Pacific region by incorporating well-planned industrial clusters and models.

The election in Uttar Pradesh is more important than usual. It is viewed as a preliminary indicator for the mood of the country, a lead-up to the national elections of 2024. UP is said to decide the leader of India: whoever wins UP, wins India. The stakes have always been high for a win in UP, for all of the contesting political parties and ideologies.