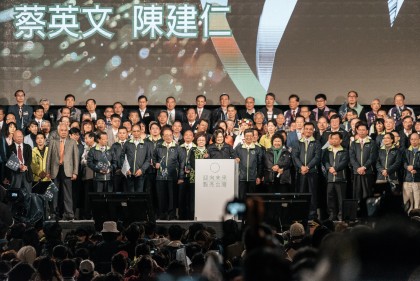 Courtesy: flickr / Pasu Au Yeung
India has long sought China over Taiwan, so is it too late to rectify foreign policy? The recent election results in Taiwan have upset China as China fears it will lose control over Taiwan. Gateway House interviews noted China expert Professor Nalapat to get his take on Taiwan's new president-elect and what lies ahead for tenuous Sino-Indian-Taiwan relations.

Courtesy: Gateway House
Gateway House sifted through the speeches of Prime Minister Narenda Modi during his visits abroad in 2015 to assess the terms—such as cooperation and economy—he used most frequently. As the terminology pattern shows, India’s foreign policy is now focussed on forging new and improved global partnerships. And as the most-travelled head of state in the world, Modi’s words indicate India’s new global positioning

Courtesy: Wikipedia
The Conference of Parties (COP21) is beginning on 30 November in Paris, France. Prime Minister Narendra Modi has climate change has one of the top priorities of his foreign policy. Gateway House spoke with Nick Robins, Co-Director, Inquiry into the Design of a Sustainable Financial System, United Nations Environment Programme (UNEP) on green financing and how India can leverage on it to further its energy needs.

Courtesy: Tumisu/Pixabay
Sharad Sharma, co-founder, iSpirt, talks about Prime Minister Modi’s visit to the Silicon Valley on September 27. In an in interview to Gateway House, he outlines the steps that would make Modi’s visit a success for Digital India campaign and other key issues.