Courtesy:
While China will seek India’s cooperation on its ambitious ‘One Belt, One Road’ project during Prime Minister Modi’s visit this week, Indian policy makers must soon articulate a definite stand on this transnational corridor by bridging the country’s security concerns and the benefits of such an engagement with China. 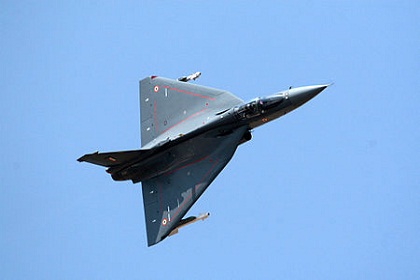 Courtesy: Wikipedia
Rapidly evolving security threats in India's neighbourhood and a number of accidents means it is critical for India to invest in the modernisation as well as the indigenisation of India's rapidly obsolescing defence equipment. This policy perspective provides recommendations on what role Indian private sector can play in the modernisation of India's defence sector

Courtesy: Friends of Europe
Gateway House was a partner with Security and Defence Agenda for Security Jam 2014, a 3-day online global conversation where issues such as cyber security, the EU’s role as a global security broker, and other global challenges were discussed by experts from around the world. The full report is now available.

Courtesy:
The cybersecurity threat is global and appears at all levels—government, industry and individual. The global dilemma and challenge at hand is creating a framework of how to regulate it, at both national and international levels

Courtesy: Wikipedia.org/U.S. Army trials
In the recent defence technology cooperation deal with the U.S., India has prioritised the private sector over public sector units. If the government and business now work together productively, they can create a much-needed and robust long-term defence industrial base in India

Courtesy: khabrsoutheastasia
The Islamic State’s violence dominated 2014’s news headlines, masking important non-violent initiatives around the world. But endeavors for peaceful solutions are thriving, and India, with its legacy of a non-violent freedom struggle, must contribute to this process as a counter-force against the advocates of violence

Courtesy: psychotropicon.info
Cyber crime has transcended hacking and other online illegal activities—the black markets of the “hidden” internet are now a potent threat. This “darknet” is used by illicit traders, saboteurs and terrorist groups—with serious financial and security implications for the Indian government and business sector

Courtesy: Khuram Parvez
The massacre of 134 children in the early morning attack in Peshawar should prompt Pakistan’s military and political leaders to reconsider their conflicted approach to the insurgency that is threatening the entire region

Courtesy: wikimedia
Despite an early regional consensus on counter-terror, SAARC’s record in tackling terrorism remains dismal. With the widening network of terrorist groups in the subcontinent, it is imperative that India takes the lead in forging substantial counter-terrorism cooperation, particularly on the issue of financing