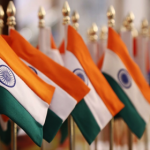 Recalling the correct takeaways from history and dissecting the present objectively helps in reading the future. If this yardstick is applied to identify key foreign policy challenges and future patterns of relations among great and middle powers, the contours of multipolarity in the current decade become visible.

The current geopolitical backdrop is marked by intensifying United States (US)-China strategic contestation, the continuing high costs of a worldwide pandemic, the war in Ukraine and its global fallout on energy and food security, and tense bilateral ties between India and China. The questions that governments face today will shape the policies of tomorrow.

Will there be peace or war, poverty or prosperity, equity or inequity in international trade, technology, vaccines, and responsibilities to counter the climate crisis, and stagnation or progress in reforming global governance? In short, while envisioning a new tomorrow, will nations head towards cooperation or conflict?

Judged by two recent developments, the warnings are ominous.

First, the eight-month-old Russia-Ukraine war shows no sign of ending. At a deeper level, it is a conflict between Russia and the North Atlantic Treaty Organization. Hence, the end game will be complicated. No serious mediation bid is underway at present. Russian President Vladimir Putin supervising drills by nuclear-capable forces has sent alarm bells ringing rather loudly.

Second, the consensus among China experts on the takeaways from the 20th Chinese Communist Party Congress indicates three things: The emergence of President Xi Jinping as the undisputed lifetime leader with absolute authority, the party’s commitment to China’s rejuvenation and make it the world leader, and the primacy assigned to Taiwan on which Xi promised to strive for “peaceful reunification with the greatest sincerity and utmost effort,” adding meaningfully, “we will never promise to renounce the use of force, and we reserve the option of taking all measures necessary.”

What is the probability of war or peace in Europe and Asia? Anxiety is palpable across regions. The continuation of the war in Europe has brought devastation to Ukraine, hardships for Russia, economic slowdown and energy shortages in Europe, and severe stress for developing countries that are compelled to pay more for food, fertilisers, and energy supplies. Even a limited use of tactical nuclear weapons could trigger an unthinkable chain of reactions that will last for decades. The only way out is dialogue and diplomacy.

Despite the fears expressed by some experts, it is difficult to imagine that President Xi will risk China’s recent achievements in a bid to capture Taiwan by force. This may inevitably draw forceful reactions from the US. A Ukraine-type war in Asia may not necessarily turn in China’s favour – as Putin has experienced in Europe. Besides, if the Chinese are long-term strategists keen to win without firing a shot, they may still opt for coercion rather than a kinetic confrontation with the US camp. There, then, lies hope, at least during this decade.

A secure future needs equity in trade, technology, energy, climate finance, vaccines and reform in global governance. Will justice be done to those who continue to suffer from the acts of those who have appropriated so much of the world’s resources for their benefit? Will the North find it feasible to accept the justifiable demands made by the Global South? Unlikely. But this should not prevent the developing world from persisting, increasing its solidarity and upgrading its capacity. A group of middle powers and a great-power-in-the-making, India, need to show leadership and a vision that appeals to nations across Latin America, Africa, and the Indo-Pacific to secure the future.

Relations among the leading poles of power – the US, EU, Russia, China, India, Japan, and the Association of Southeast Asian Nations (Asean) – need to be managed to promote the cause of peace and security for all, and equity and justice for the developing world. India’s foreign policy is driven by the desire to secure these goals. So, what more can India do, leveraging a strong prime minister with a flair for summit diplomacy and an articulate and purposefully peripatetic external affairs minister.

A version of this article appeared on the Hindustan Times