Dr. Chaitanya Giri is the Gateway House Fellow of Space and Ocean Studies Programme. His present research focuses aquapolitics and astropolitics, the new-age techno-geostrategy, the space and marine industrial complex, and the science of space exploration. Prior to Gateway House, Dr. Giri has worked as planetary and astromaterials scientist for nearly a decade. He was affiliated to the Earth-Life Science Institute at Tokyo Institute of Technology, the Geophysical Laboratory at Carnegie Institution for Science, and the NASA Goddard Space Flight Center as an ELSI Origins Network Fellow. He was earlier an International Max Planck Research Fellow at the Max Planck Institute for Solar System Research in Germany and the University of Nice in France. Dr. Giri was also a scientific crew member of the European Space Agency’s Rosetta mission to comet 67P/Churyumov-Gerasimenko. He is a recipient of several fellowships and awards, including the 2014 Dieter Rampacher Prize of the Max Planck Society for the Advancement of the Science, Germany and the 2016-2018 ELSI Origins Network Fellowship by the John Templeton Foundation, USA to name a few.
Expertise 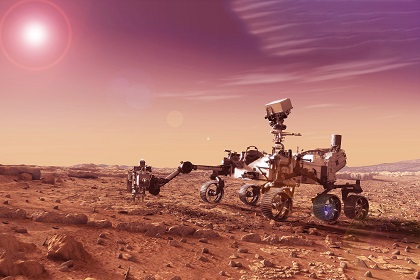 Courtesy: NASA
As more countries pursue missions to Mars, planetary explorations are evolving from being science-driven scientific pursuits to an economics-driven one. For India, commercializing planetary exploration must be a national priority. This demands more attention and contributions from the private sector - especially startups and innovative companies - to ensure a vibrant space program.

Courtesy: Shutterstock
The maturing private space sector in the U.S. has learned to raise money from the market in the form of sectoral equity-traded funds. Such financing mechanisms will keep the U.S. ahead in the global space economy, which is slated to grow manifold from $430 billion now to $4 trillion by 2040. India's fledgling private space ecosystem, financiers, and stock exchanges can learn from the U.S. and do the same for India's newly reformed private space sector. 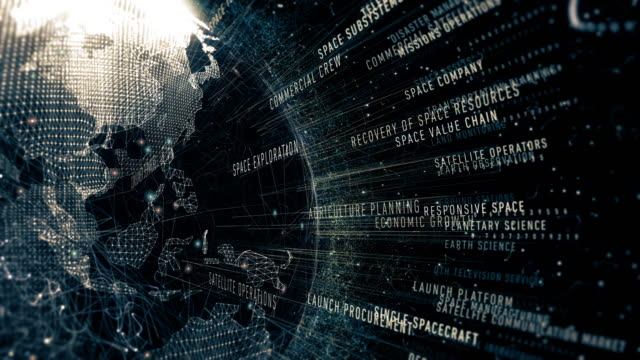 Courtesy: Getty images
India needs a policy mix that nurtures the Space 2.0 industry, secures it from hostile takeovers and predatory investments from overseas investors, and does not suffocate it under excessive protectionism.

Courtesy: Gateway House
Bharti Global’s stake in OneWeb has given India lateral entry into this lucrative and newly-competitive global satellite-based internet services market. India and the U.K., the two stakeholders in this company, can build and sustain this collaboration through a well-thought-out bilateral space diplomacy agenda.

Courtesy: Twitter/Arctic Council
India’s pledge to the Paris Agreement gives it the flexibility to confidently place its climate action policies across various multilaterals. Although an observer of the Arctic Council, India can collaborate with the body's upcoming chair, Russia, to alleviate climate change concerns stemming from the Arctic. It is time for India to use its goodwill with the Arctic Council members to develop a national Arctic policy.

Courtesy: Gateway House
India has institutionalized a robust civilian-space agreement with the U.S. through the Joint Working Group on Civil Space Cooperation in 2005 and added a military dimension to it in 2020 when it signed the U.S.-India BECA Agreement. The two countries should now partner to secure each other’s interest in the rapidly-maturing space economy sector.

Courtesy: Wikimedia Commons
The Space20 is the newest sub-forum of the G20 initiated by Saudi Arabia, with the support of the United Nations Office of Outer Space Affairs. India, on its way to the G20 presidency in 2022, should set a comprehensive Space20 agenda for the democratization of outer space, whereby it can share its space growth story with the developing world and achieve its goal to become a global knowledge epicenter.

Courtesy: Wikimedia Commons
As the world enters the Second Space Age, an Indo-Emirati space partnership can be a lodestar for others. However, it is only the people-to-people connect and the diversity of the innovation linkages between the Emirati and Indian diaspora, that can truly make it a success for science and citizens, and help achieve their aspirations for the 21st century.

Courtesy: Shutterstock
COVID-19 has accelerated internet usage and is making digital infrastructure even more indispensable globally. India is actively laying this critical infrastructure on the ground, but is yet to work on the strategic ‘last-mile’ connectivity space-based ICT and 5G plus services. U.S. and China have fast-tracked this, and India should immediately implement the recent space reforms to be regarded as a significant player.

Courtesy: USGS/Wikimedia
The recent use of geospatial analyses by Indian social and mainstream media for near real-time defence and military intelligence in Ladakh has been made possible because of the lower cost of earth-observation satellite construction, and thereby, easy access to satellite imagery on the internet. While independent analysis is useful, the same intelligence can be also used against the interests of a sovereign nation by an adversary, especially border imagery. India must find innovative methods to reduce this vulnerability of commercial satellite imagery.