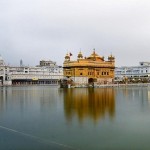 This article is the first part of a two-part series on Punjab. Read part two here.

As part of his ongoing India visit, Canadian prime minister Justin Trudeau was at Amritsar and the Golden Temple on February 21 when he also met Chief Minister Captain Amarinder Singh. The growing political capital of the radical Sikh elements in Canada as evident from the Trudeau government’s soft approach to the Khalistan issue and the ‘gurdwara entry ban’ for Indian diplomats, have evoked concern in India, dominating much of the optics surrounding Trudeau’s India trip.

It’s not in Canada alone, but across North America and Europe, radical Sikh elements have used the permissive political climate in their respective countries to build up a political support base for their ideology. An analysis of the activities of pro-Khalistani elements, such as the World Sikh Organisation and Sikhs for Justice, reveals definite attempts – funding and social media propaganda – for revival of the Khalistan cause. A sympathetic political approach has emboldened the Sikh radicals to push for a declaration of the 1984 riots as ‘genocide’, mount an aggressive campaign, called ‘Referendum 2020’, for the right to self-determination for the Sikh community, and even openly criticise some Indian-origin parliamentarians who have refused to raise Khalistan-related issues.

Funding for the cause and propaganda have gained traction in Punjab where organisations, such as, the Dal Khalsa and Damdami Taksal, have kept the Khalistan issue alive even after the armed Sikh uprising was wiped out in the mid-1990s. Patronised by some Punjabi political parties, these organisations have been furthering their cause by exploiting emotional issues, such as the Indian army’s Operation Blue Star at the Golden Temple in 1984 and subsequent anti-Sikh riots in Delhi. They have glorified the militants as ‘martyrs’ by regularly observing their death anniversaries and bestowing upon their families the siropa, a Sikh symbol of honour. The Dal Khalsa has even gone so far as to join hands with Kashmiri separatist elements, demanding the right to self-determination.[1]

Pro-Khalistani activity gathered momentum in 2014 when the Damdami Taksal built a memorial within the Golden Temple premises for Jarnail Sikh Bhindranwale and other militants killed during Operation Blue Star.[2] They went ahead despite vocal opposition from national political parties. With time, these objections died down, and today, a visit to the Golden Temple is considered incomplete without a stop at the memorial, which is situated next to the Akal Takht, the highest seat of Sikh temporal power.

Money coming from gurdwaras abroad has provided much needed fuel to separatist efforts in Punjab. Innumerable donations made at gurdwaras in Europe and North America, which peak during Baisakhi and other important Sikh occasions, have been diverted to pro-Khalistani organisations in Punjab under the guise of charity and social welfare activities, much like any other separatist insurgency, kept alive by donations from the diaspora. The National Investigation Agency has cracked down in one such case, the Sikh Organisation for Prisoner Welfare, linked to the Babbar Khalsa International terrorist group, but again, much like other insurgencies, subversive elements have invented new ways to sustain the flow of money, including using hawala and the courier network.[3]

Not surprisingly, Pakistan, which has been sheltering many senior Khalistani leaders for a long time, has sensed an opportunity. Indian intelligence reports have intercepted instructions from the Pakistan Inter-Services Intelligence (ISI) to groups, such as the Khalistan Liberation Force and Babbar Khalsa International, to organise terrorist activity in Punjab and for liaising with Sikh radicals in Europe and North America to step up the anti-India propaganda. Additionally, ISI’s efforts to recruit vulnerable pilgrims, travelling as part of the jathas to Nankana Sahib and other gurdwaras in Pakistan, for their cause persist. Last year, Indian security agencies neutralised more than eight Khalistani modules, linked to operatives based in Pakistan, Canada, UK and Italy.

Within Punjab, this revival of Khalistani sentiment is not expected to be a repeat of the bloody insurgency of the 1980s and early 1990s as large-scale public support eludes the movement. Yet, it increases chances of random incidents of violence, such as a series of attacks over the last two years, targeting Hindu and other socio-religious figures, which killed six people. These can potentially create bigger law and order problems. Punjab already faces an agrarian crisis, unemployment and drug addiction.

However, it is within the Sikh diaspora that the radicals are expected to remain vocal with active support from Pakistan. Managing these elements’ anti-India propaganda and curtailing their political clout, while not appearing too harsh, will be a major challenge for India.

This article is the first part of a two-part series on Punjab. Read part two here.

Click here to view our repository on the Arc of India’s Border Security.