Courtesy: Symbior Solar
While several Bay of Bengal countries are rich in hydropower and thermal electricity generation, others are net energy importers with large markets. India can lead creative energy projects with its eastern neighbours, supported by regional and international institutions.

Courtesy: Institute of Peace and Conflict Studies
China is a clear winner in the physical connectivity stakes in the Bay of Bengal, and there's a reason a why: Its projects are connected to one another, from rail to road to port. While India also has some successful cross-border road and rail infrastructure projects, they are often an extension of an existing railway line or highway, not specific to the connectivity needs of the region. India can win by focussing instead on building infrastructure to maximise the vast maritime potential of the Bay of Bengal, especially the Andaman and Nicobar Islands that give India access to critical sea channels and trade routes. 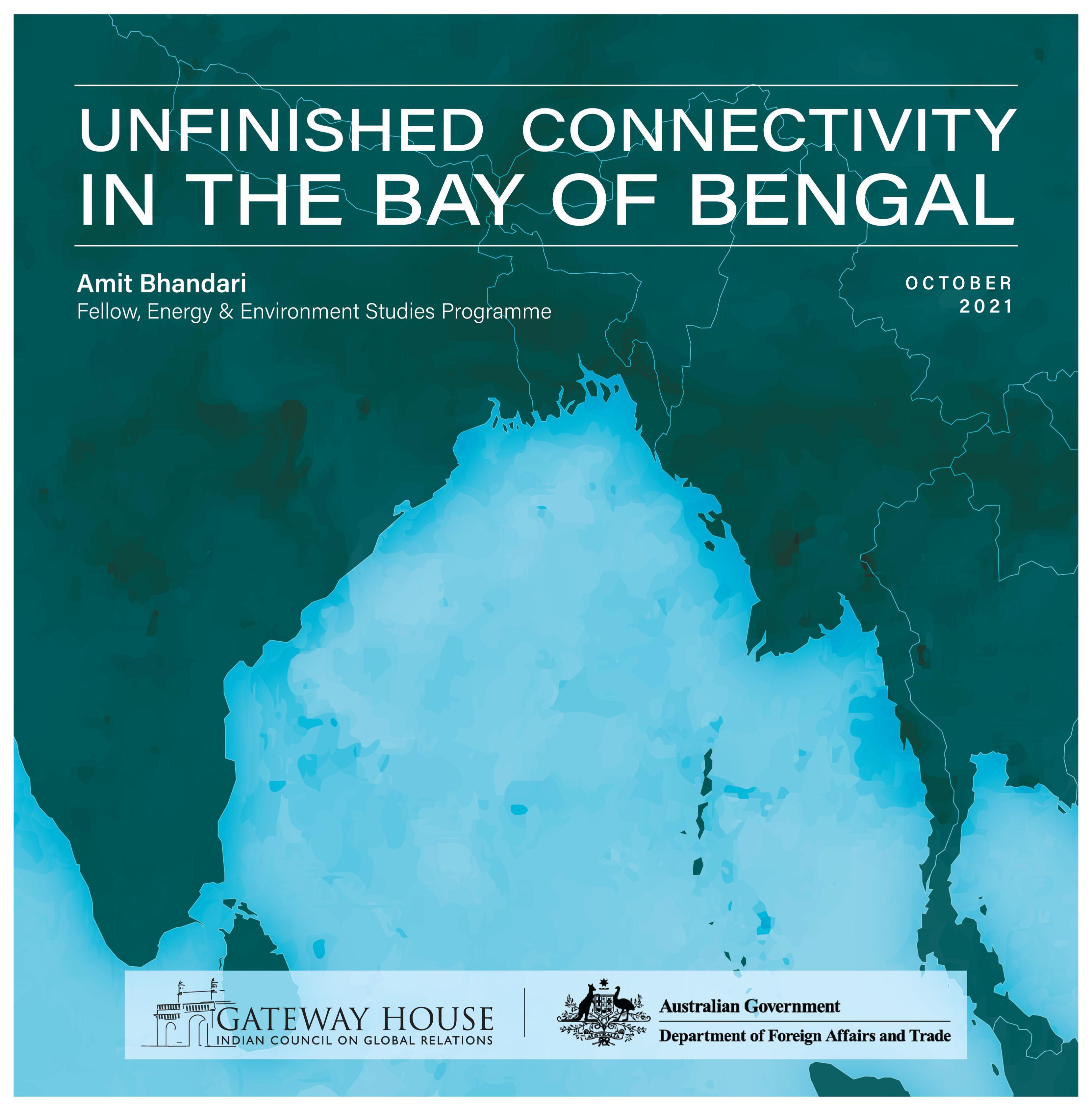 Courtesy: Gateway House
The Bay of Bengal is a bridge between the Indo-Pacific and the Indian Ocean, and with a population of 1.4 billion, an increasingly important economic zone in its own right. India has been slow to build regional connectivity. The space has been filled by China's Belt and Road Initiative projects, which have not always been beneficial for host countries. The region may be better off pursuing digital connectivity by enabling tech startups – areas of India’s strength. This research uses maps to explore the potential for energy, transport, and financial connectivity across the Bay of Bengal.